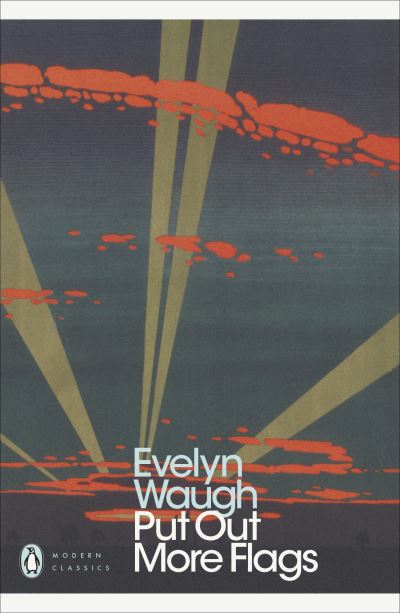 Upper-class rogues, bohemians, dowagers, socialites, bureaucrats and delinquent evacuees prepare for England to change forever, in this hilarious and deadly serious 1942 satire on the 'phoney war'

The hideous, then unfamiliar shriek of the air-raid sirens sang out over London

What happened to the characters of Decline and Fall and Vile Bodies when the war broke out? Put Out More Flags shows them adjusting to the changing social pattern of the times. Some of them play a valorous part; others, like the scapegrace Basil Sea, disclose their incorrigible habit of self-preservation in all circumstances. Basil's contribution to the war effort involves the use of his peculiar talents in such spheres of opportunity as the Ministry of Information and an obscure section of Military Security - adventures which incite Evelyn Waugh to another pungent satire upon the coteries of Mayfair.