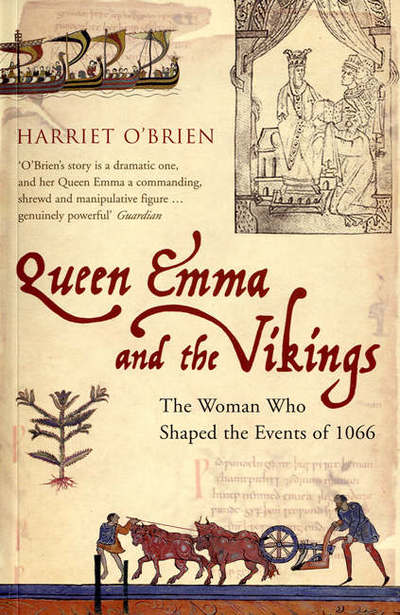 Queen Emma and the Vikings

Emma was one of England's most remarkable queens: a formidable woman who made her mark on a Europe beset by Vikings. By birth a Norman, she married and outlived two kings of England and witnessed the coronations of two of her sons: Harthcnut the Viking and Edward the Confessor. She became an unscrupulous political player and was diversely regarded as a generous Christian patron, the admired co-regent of the nation, and a ruthlessly Machiavellian mother. She was, above all, a survivor: her life was punctuated by dramatic falls, all of which she overcame. Her story is one of power, politics, love, greed and scandal in an England caught between the Dark Ages and the Norman invasion of 1066.