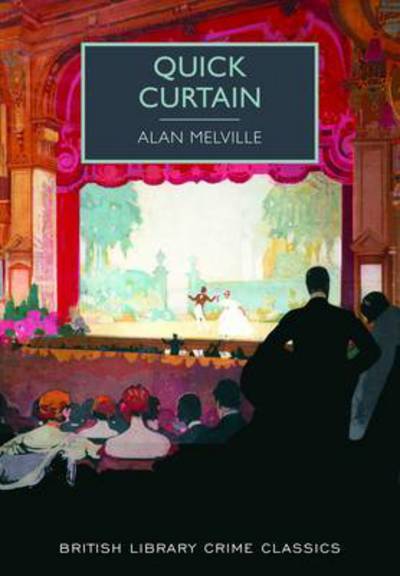 Quick Curtain is a witty detective story, originally published in 1934. It is one among many books that enjoyed brief popularity during the "Golden Age of murder" between the two world wars but subsequently fell out of sight. The author, Alan Melville, was a successful playwright and man of the theatre, and he uses his knowledge of backstage life to good effect in this breezy whodunit.The slender plot revolves around the shooting of the leading man, but when the show opens at the Grosvenor Theatre to a packed house, Brandon Baker is killed by a real bullet. When another member of the company is found dead, initial appearances suggest a straightforward case of murder followed by suicide. But there is, of course, more to it than that. The audience includes Inspector Wilson of Scotland Yard and his son, an enthusiastic young reporter, making an amusing variant on the Holmes-Watson pairing of sleuth and sidekick!The British Library's revival of this book, offers a new generation a chance to appreciate the work of a writer with a genuine talent to amuse.