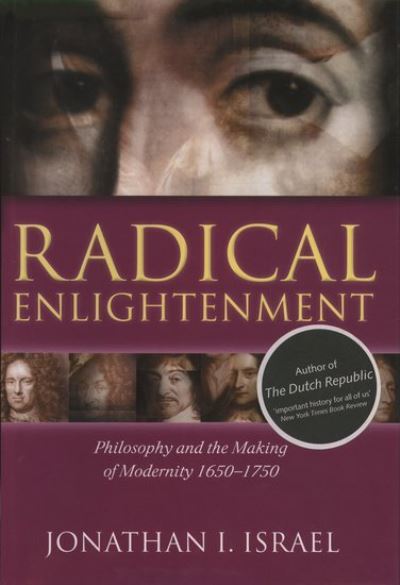 Arguably the most decisive shift in the history of ideas in modern times was the complete demolition during the late seventeenth and eighteenth centuries - in the wake of the Scientific Revolution - of traditional structures of authority, scientific thought, and belief, by the new philosophy and the philosophies, culminating in Voltaire, Diderot, and Rousseau. In this revolutionary process which effectively overthrew all justification for monarchy, aristocracy, slavery, and ecclesiastical authority, as well as man's asendancy over woman and theology's domination over education and study, substituting the modern principles of equality, democracy, and universality, the Radical Enlightenment played a crucially important part. Despite the present-day interest in the revolutions of the late eighteenth century, the origins and rise of the Radical Enlightenment have been astonishingly little studied, doubtless largely because if its very wide international sweep and the obvious difficulties of fitting it into the restrictive conventions of 'national history' which until recently tended to dominate all historiography. The greatest obstacle to the Radical Enlightenment finding its proper place in modern historical writing is simply that it was not French, British, German, Italian, Jewish or Dutch, but all of these at the same time. In this novel interpretation of the Radical Enlightenment down to La Mettrie and Diderot, two of its key exponents, particular stress is placed on the pivotal role of Spinoza and the widespread underground international philosophical movement known before 1750 as Spinozism.