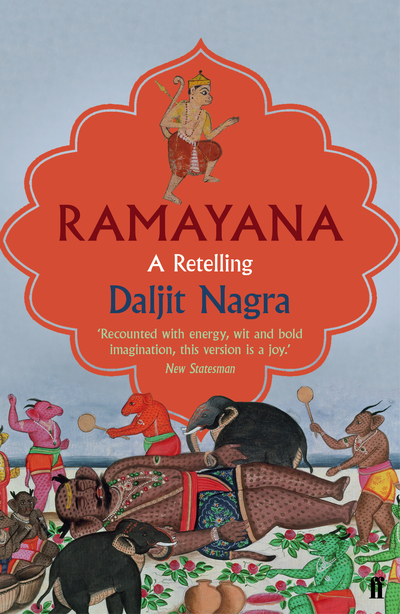 The Ramayana is one of the great epics of the ancient world, with versions spanning the cultures, religions and languages of Asia. Its story of Rama's quest to recover his wife Sita from her abduction by Raavana, the Lord of the Underworld, has enchanted readers and audiences across the Eastern world for thousands of years. Daljit Nagra was captivated by his grandparents' Punjabi version as a child, and has chosen to rejuvenate the story for a new generation of multicultural, multi-faith readers. By drawing on scenes originating in versions such as those from Cambodia, Laos and Thailand, as well as the better-known Indian Ramayanas, and by incorporating elements of Hindu, Buddhist, Sikh, Jain and secular versions, Nagra creates a consciously multicultural Ramayana. This dazzling version is both accessible and engaging, written in Nagra's typically vibrant and eclectic language, and bursting with energy, pathos and humour.