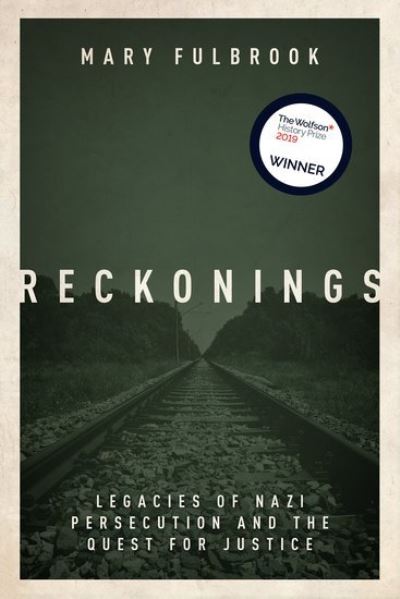 A single word - Auschwitz - is often used to encapsulate the totality of persecution and suffering involved in what we call the Holocaust. Yet a focus on a single concentration camp - however horrific what happened there, however massively catastrophic its scale - leaves an incomplete story, a truncated history. It cannot fully communicate the myriad ways in which individuals became tangled up on the side of the perpetrators, and obscures the diversity of experiences among a wide range of victims as they struggled and died, or managed, against all odds, to survive. In the process, we also miss the continuing legacy of Nazi persecution across generations, and across continents. Mary Fulbrook's encompassing book attempts to expand our understanding, exploring the lives of individuals across a full spectrum of suffering and guilt, each one capturing one small part of the greater story. At its heart, Reckonings seeks to expose the disjuncture between official myths about "dealing with the past," on the one hand, and the extent to which the vast majority of Nazi perpetrators evaded justice, on the other. In the successor states to the Third Reich-East Germany, West Germany, and Austria - the attempts at justice varied widely in the years and decades after 1945. The Communist East German state pursued Nazi criminals and handed down severe sentences; West Germany, seeking to draw a line under the past, tended toward leniency and tolerance. Austria made nearly no reckoning at all until the 1980s, when news broke about UN Secretary General Kurt Waldheim's past. Following the various periods of trials and testimonials after the war, the shifting attitudes toward both perpetrators and survivors, this major book weighs heavily down on the scales of justice. The Holocaust is not mere "history," and the memorial landscape covering it barely touches the surface; beneath it churns the maelstrom of reverberations of the Nazi era. Reckonings uses the stories of those who remained below the radar of public representations, outside the media spotlight, while also situating their experiences in the changing wider contexts and settings in which they sought to make sense of unprecedented suffering. Fulbrook uses the word "reckoning" in the widest possible sense, to evoke the consequences of violence on those directly involved, but also on those affected indirectly, and how its effects have expanded almost infinitely across place and time.