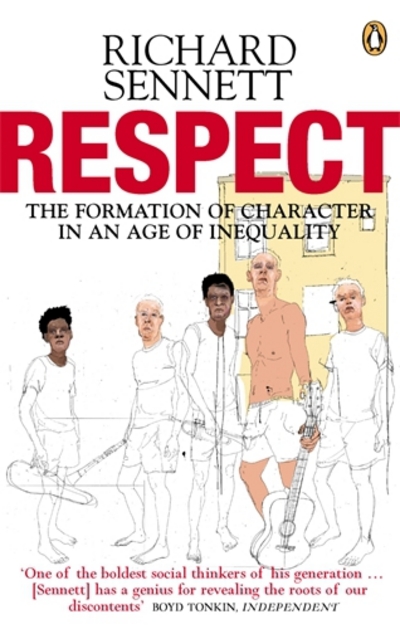 Richard Sennett's Respect: The Formation of Character in an Age of Equality is a provocative and timely examination of the forces that erode respect in modern society.

'Unlike food, respect costs nothing. Why, then, should it be in short supply?'

Respect can be attained by gaining success, by developing talents, through financial independence and by helping others. But, Sennett argues, many who are not able to achieve the demands of today's meritocracy lose the esteem that should be given to them.

From his childhood in a poor Chicago housing project to the contrasting methods of care practised by a nun and a social worker, from the harmonious interaction of musicians to the welfare system, Sennett explores the ways in which mutual respect can forge bonds across the divide of inequality.

'One of the boldest social thinkers of his generation ... [Sennett] has a genius for revealing the roots of our discontents'
Boyd Tonkin, Independent

'This is the voice of a prophet'
Scott McLemee, Washington Post

'Wise and humane ... Sennett has set his sights on that most daring of missions: to make the world a better place'
Alain de Botton, Daily Telegraph

Richard Sennett's previous works include The Fall of Public Man, The Corrosion of Character, Respect, Flesh and Stone and The Craftsman. He taught for many years at the New York Institute of the Humanities and is now a Professor at the London School of Economics.