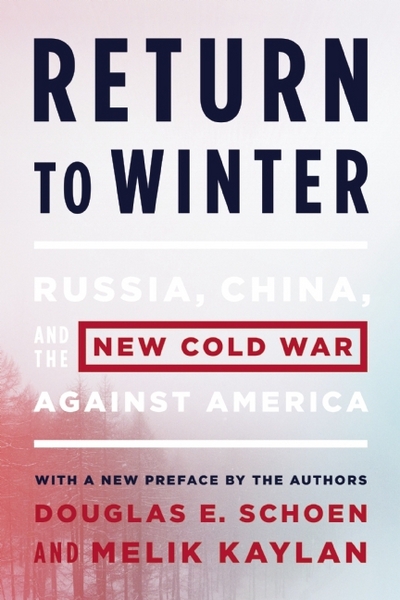 The United States is a nation in crisis. While Washington's ability to address our most pressing challenges has been rendered nearly impotent by ongoing partisan warfare, we face an array of foreign-policy crises for which we seem increasingly unprepared. Among these, none is more formidable than the unprecedented partnership developing between Russia and China, suspicious neighbors for centuries and fellow Communist antagonists during the Cold War. The two longtime foes have drawn increasingly close together because of a confluence of geostrategic, political, and economic interests--all of which have a common theme of diminishing, subverting, or displacing American power. While America's influence around the world recedes--in its military and diplomatic power, in its political leverage, in its economic might, and, perhaps most dangerously, in the power and appeal of its ideas--Russia and China have seen their influence increase. From their support for rogue regimes such as those in Iran, North Korea, and Syria to their military and nuclear buildups to their aggressive use of cyber warfare and intelligence theft, Moscow and Beijing are playing the game for keeps. Meanwhile America, pledged to "leading from behind," no longer does much leading at all. In Return to Winter, Douglas E. Schoen and Melik Kaylan systematically chronicle the growing threat from the Russian-Chinese Axis, and they argue that only a rebirth of American global leadership can counter the corrosive impact of this antidemocratic alliance, which may soon threaten the peace and security of the world.