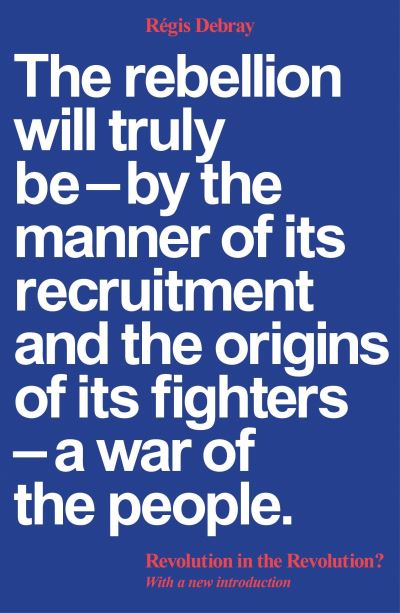 Revolution in the Revolution?

Revolution in the Revolution? is a brilliant, pragmatic assessment of the situation in Latin America in the 1960s. First published in 1967, it became a controversial handbook for guerrilla warfare and revolution, read alongside Che's own pamphlets, and remains fully as important as the writings of Guevara. Lucid and compelling, it spares no personage, no institution, and no concept, taking on not only Russian and Chinese strategies but Trotskyism as well. The year it was published, Debray was convicted of having been part of Guevara's guerrilla group and sentenced to thirty years in prison. He was released in 1970, following an international campaign, which included appeals by Jean-Paul Sartre, Andre Malraux, General Charles de Gaulle and Pope Paul VI.