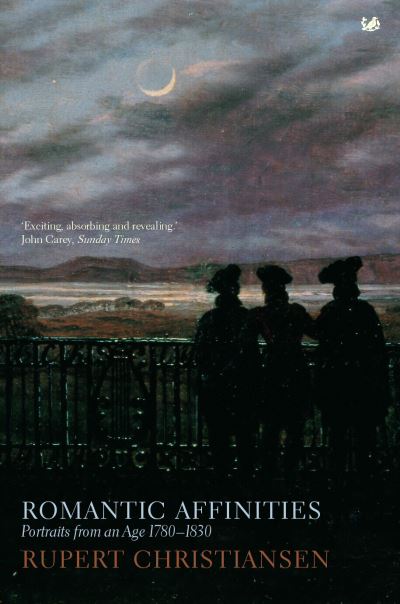 Romantic Affinities presents a kaleidoscopic portrait of Europe in an era of tumultuous change, as experienced and communicated by the writers of the age. Set against the hopes and dreams inspired by the French Revolution, the disillusion caused by its failure and the turmoil of the Napoleonic wars that followed, Rupert Christiansen draws the threads into an exciting narrative.

Ranging over politics, art, music and using the voices of celebrated Romantic poets such as Wordsworth, Coleridge, Shelley, Byron, Goethe and Pushkin, as well as less familiar Chenier, Hoelderlin, Hoffman and de Stael, he vividly recreates one of the most fascinating and complex periods of modern history and offers fresh perspecitves on its magnificent literature and culture.