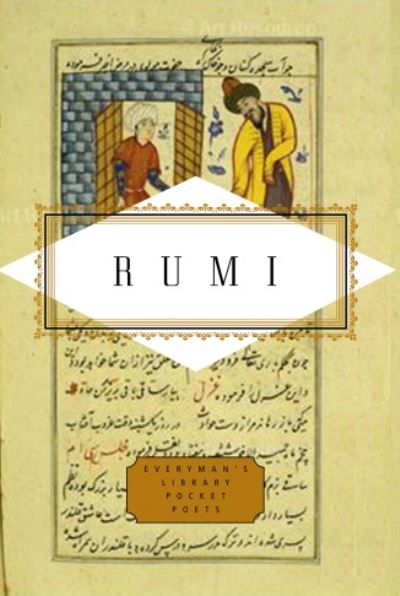 It is often said that Rumi (aka Jalal al-Din, 1207-73) is now the most popular poet in the United States. This conquest of the new world by a middle-eastern medieval writer who died before Chaucer was even born has been achieved with extraordinary speed in less than thirty years.The main key to Rumi's success is the spiritual appeal of his work. It combines lyrical beauty with philosophical profundity, a sense of rapture and an acute awareness of human suffering in ways which speak directly to contemporary audiences. Like the metaphysical poets, Donne, Vaughan and Herbert, Rumi yokes together everyday images with complex ideas. He talks about divine love in vivid human terms. As a religious teacher of the Dervish order, he expounds the mystical doctrines of Sufism which focus on the notion of union with the Beloved to whom many of the poems are addressed.

Persian poetry of this period is not easy to translate. In order to give the greatest possible access to a wonderful poet this selection draws on avariety of translations from the early 20th century to the present, ranging from scholarly renderings to free interpretations.