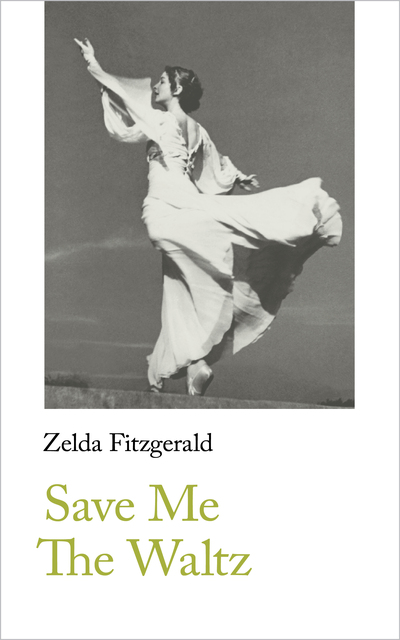 Save Me The Waltz

Zelda Fitzgerald's only novel, Save Me The Waltz (1932) was written in six weeks after her admission to a sanatorium, as part of her therapy. It covers the period of her life that her husband F Scott Fitzgerald had been using for years while writing his Tender is the Night (1934). Fitzgerald revised her novel under her husband's guidance until they were both happy with it, but it sold poorly on publication. She died in 1940, and Save Me The Waltz is now recognised as a classic novel of woman's experience and an authentic record of the Jazz Age. It begins during the First World War. Alabama Beggs is a Southern belle, the younger daughter of a judge with no interest in life except enjoyment. She debuts into adulthood with wild parties, dancing and drinking, and flirting with the young officers posted to her home town. Then Lieutenant David Knight appears on the scene, and Zelda marries him. Their life in New York, Paris and the South of France closely mirrors the Fitzgeralds' own life and their prominent socialising in the 1920s and 1930s as part of what was later called the Lost Generation. Like F Scott Fitzgerald, David Knight is also a novelist, and like Zelda, Alabama is an aspiring dancer. She is committed to her dance training, attending her ballet studio in Paris every day for repetition, but refuses to accept that she might not become the great dancer that she ardently longs to be, threatening her health and her marriage. Erin Templeton's introduction to Zelda Fitzgerald's finest literary work describes how her struggles to become a dancer were the result of her need to have a life of her own rather than living in her husband's shadow.