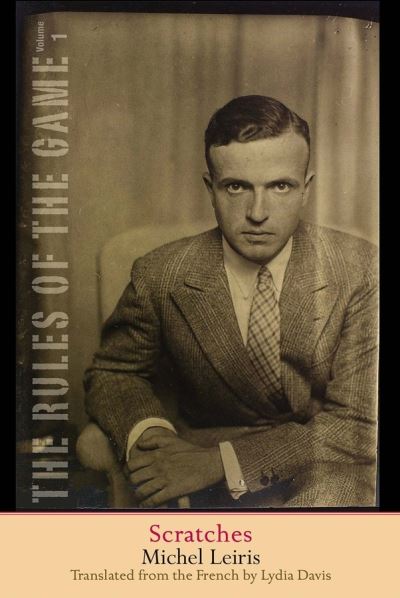 A dazzling translation by Lydia Davis of the first volume of Michel Leiris's masterwork, perhaps the most important French autobiographical enterprise of the twentieth century

Michel Leiris, a French intellectual whose literary works inspired high praise from the likes of Simone de Beauvoir and Claude Levi-Strauss, began the first volume of his autobiographical project at the age of 40. It was the beginning of an endeavor that ultimately required 35 years and three additional volumes.

In Volume 1, Scratches, Leiris proposes to discover a savoir vivre, a mode of living that would have a place for both his poetics and his personal morality. "I can scarcely see the literary use of speech as anything but a means of sharpening one's consciousness in order to be more-and in a better way-alive," he declares. He begins the project of uncovering memories, returning to moments and images of childhood-his father's recording machine, the letters of the alphabet coming to life-and then of his later life-Paris under the Occupation, a journey to Africa, and a troubling fear of death.