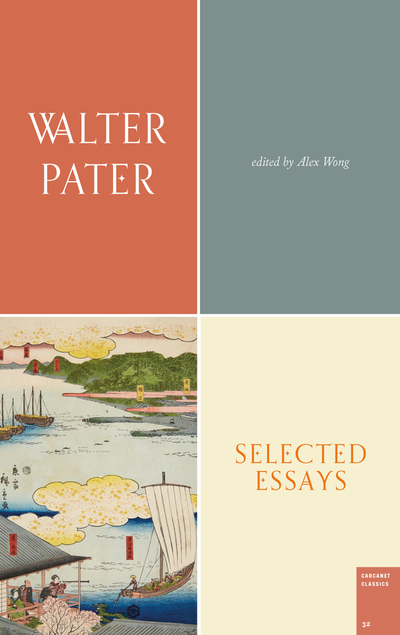 Famed for his singular prose style as much as for his controversial aestheticist principles, Walter Pater (1839-1894) was one of the great essayists in a century of great essayistic writing. His first book, Studies in the History of the Renaissance - one of the most original and influential texts of the Victorian Aesthetic Movement - was described by Arthur Symons as `the most beautiful book of prose in our literature', and his later work moved Vernon Lee to call him `the natural exponent of the highest aesthetic doctrine'. Selected Essays is a generous gathering of Pater's essays on literature, art, history, philosophy and mythology - all of them, in the words of Oscar Wilde, `delicately wrought works of art'. The selection is accompanied by Alex Wong's critical and biographical introduction and rich explanatory notes.