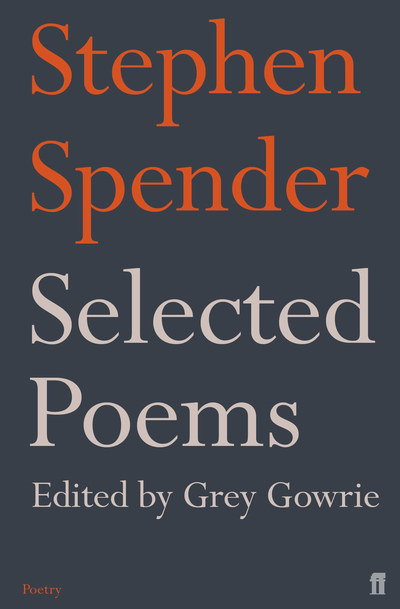 Stephen Spender, the son of a journalist, was born in London in 1909. He was educated at University College, Oxford, where he met, among others, W. H. Auden, Christopher Isherwood and Louis MacNeice, with whom he was to develop a poetics of engagement, writing powerfully of the confusion and alarm of 1930s Europe. He visited Spain during the Civil War, in 1937, where he assisted the Republican cause with propaganda activity. His post-war memoir World within World was recognised as one of the most illuminating literary autobiographies to have come out of the 1930s and 1940s, distilling a distinctively personal, humanistic socialism. His poetry has been praised for its exploratory candour, its personal approach to the stresses of modernity, and its exact portraiture of social and political upheaval. Grey Gowrie's new selection offers a timely and incisive revaluation of Spender's substantial poetic corpus.