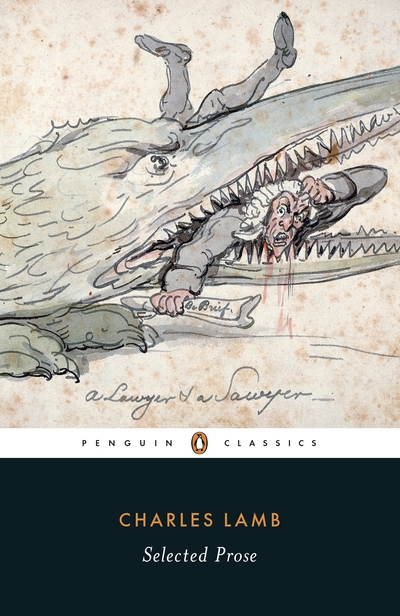 This selection brings together the best prose writings of the great early nineteenth-century essayist Charles Lamb, whose shrewd wit and convivial style have endeared him to generations of readers. These pieces include early discussions of Hogarth and Shakespeare; masterly essays written under the pen-name 'Elia' that range over such subjects as drunkenness, witches, dreams, marriage and the joy of roast pig; and letters to Lamb's circle of contemporaries, among them Samuel Taylor Coleridge and William Wordsworth. Wryly amused by the world, allusive, searching and endlessly inventive, these are the essential works of a master of English prose.

In his introduction Adam Phillips discusses how Charles Lamb's tragic life and sainted reputation, caring for his mentally ill sister Mary, belied the quality of his work. This edition also includes a biographical index of Lamb's correspondents.

Charles Lamb (1775-1834) was an English essayist best known for his humorous Essays of Elia from which the essay 'A Dissertation Upon Roast Pig' is taken. Lamb enjoyed a rich social life and became part of a group of young writers that included William Hazlitt, Percy Bysshe Shelley, Lord Byron and Samuel Taylor Coleridge with whom he shared a lifelong friendship. Lamb never achieved the same literary success as his friends but his influence on the English essay form cannot be underestimated and his book, Specimens of the English Dramatic Poets is remembered for popularising the work of Shakespeare's contemporaries.