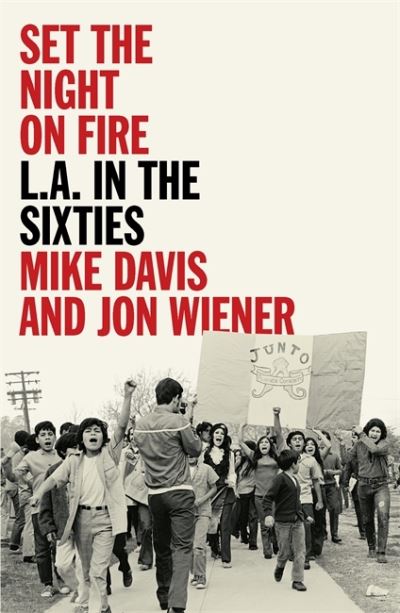 Set the Night on Fire

A magisterial, kaleidoscopic, riveting history of Los Angeles in the Sixties Histories of the US Sixties invariably focus on New York City, but Los Angeles was an epicenter of that decade's political and social earthquake. LA was a launchpad for Black Power--where Malcolm X and Angela Davis first came to prominence and the Watts uprising shook the nation--and home to the Chicano walkouts and Moratorium, as well as birthplace of "Asian America" as a political identity, base of the antiwar movement, and of course, center of California counterculture. Mike Davis and Jon Wiener provide the first comprehensive history of LA in the Sixties, drawing on extensive archival research, scores of interviews with principal figures of the 1960s movements, and personal histories (both Davis and Wiener are native Los Angelenos). Following on from Davis's award-winning LA history, City of Quartz, and picking up where the celebrated California historian Kevin Starr left off (his eight-volume history of California ends in 1963), Set the Night on Fire is a fascinating historical corrective, delivered in scintillating and fiercely elegant prose.