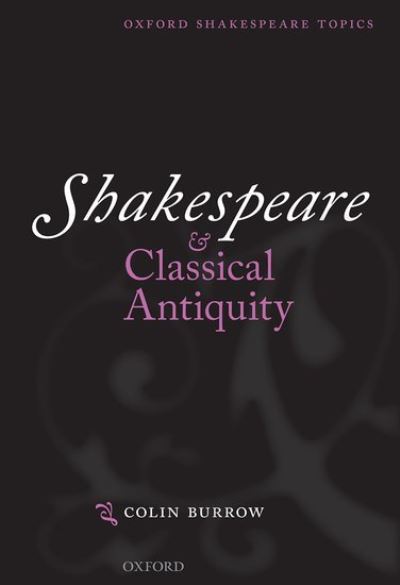 OXFORD SHAKESPEARE TOPICS General Editors: Peter Holland and Stanley Wells Oxford Shakespeare Topics provide students and teachers with short books on important aspects of Shakespeare criticism and scholarship. Each book is written by an authority in its field, and combines accessible style with original discussion of its subject. This book explains that Shakespeare did not have 'small Latin and less Greek' as Ben Jonson claimed. Shakespeare and Classical Antiquity shows the range, extent and variety of Shakespeare's responses to classical antiquity. Individual chapters on Virgil, Ovid, Classical Comedy, Seneca, and Plutarch show how Shakespeare's understanding of and use of classical authors, and of the classical past more generally, changed and developed in the course of his career. An opening chapter shows the kind of classical learning he acquired through his education, and subsequent chapters provide stimulating introductions to a range of classical authors as well as to Shakespeare's responses to them. Shakespeare and Classical Antiquity shows how Shakespeare's relationship to classical authors changed in response to contemporary events and to contemporary authors. Above all, it shows that Shakespeare's reading in classical literature informed more or less every aspect of his work.