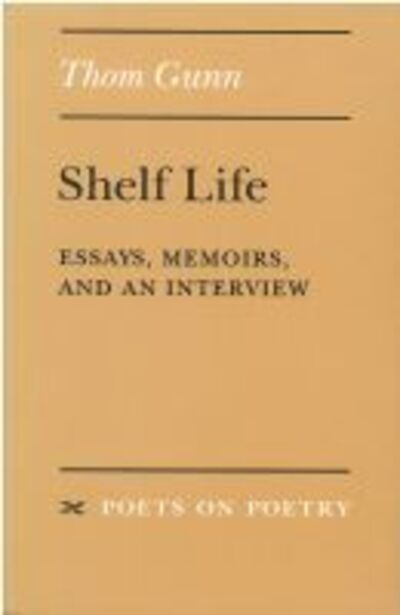 Born and raised in Britain, Thom Gunn has lived in the United States since 1954. He is well known as a poet and is increasingly gaining recognition as a literary critic. Gunn's main concern in Shelf Life is with twentieth-century American poets, both the famous and the obscure; he also discusses other matters, including the Elizabethans, Christopher Isherwood as man and stylist, and Gunn's own poetry, which he touches on indirectly in the first two sections of the book and directly in the last.

Gunn's criticism communicates his own enthusiasm for poetry. He tries to show his readers how to get a first foothold into the work of some of his favorite poets, whether Wyatt or Whitman, Mina Loy or Robert Creeley.