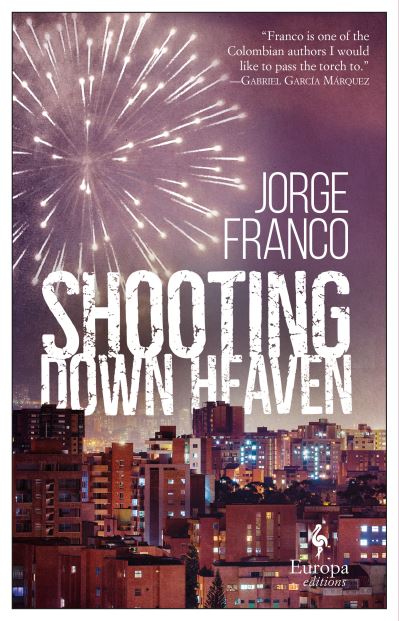 "A lively story of how children are affected by their parents, emphasised by a third narrative strand where Larry and a daughter of Escobar's strike up a friendship on a plane trip, neither aware of their darker connection." - The Irish Times

Larry returns to Colombia twelve years after the disappearance of his father, an old associate of Pablo Escobar. His remains have finally been unearthed in a mass grave, and Larry is returning to give them a proper burial . . . but not before a reunion with his childhood friend Pedro. Pedro takes him straight from the airport to the Alborada celebration, during which fireworks explode all over Medellin, and the entire city loses its inhibitions.
His homecoming quickly becomes a rude awakening. The years of luxury living in bodyguard-surrounded mansions are now firmly in the past, as Larry watches his family-including his ex-beauty queen mother and troubled brother-fall deeper into depression, drug addiction, and the traps of the family business.
Faced by an uncertain reality, Larry is forced to confront his family's turbulent history and reclaim himself from the dark remnants of a city trying to rediscover itself. Unflinching and remarkably controlled, Jorge Franco creates a stunning portrait of a generation wounded by their parents' mistakes.

What the readers are saying:

"This is an amazingly good book for how it captures the various emotions Larry and the other characters go through and for the Cold emptiness it finds at the heart of it all."

"It makes for a fascinating moral quandary and Franco handles the subject matter well."

"Highly recommended for anyone interested in realistic Latin American fiction."