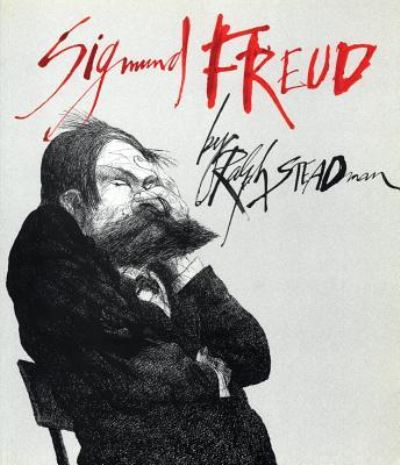 Not a typical biography, Ralph Steadman examines Freud using Freud's 1905 essay on Jokes and illustrates his points with 75 drawings. The result is a masterful interplay of text and illustration, visual and verbal puns, and unexpected insight. One genius takes on another. In what is a thoroughly atypical biography, Ralph Steadman examines Freud using his 1905 book The Joke and Its Relation to the Unconscious to illustrate his points with 75 illustrations. The result is a masterful interplay of text and illustration, visual and verbal puns, and unexpected insight. Sigmund Freud bursts defiantly and gleefully beyond the bounds of orthodox biography. It is a wildly humorous exercise in bending, stretching and speculating on the activities of the so-called Father of Psychoanalysis. Ralph Steadman wields his shrewd wit and fierce pen to highlight the ebbs and tides of Freud's life and career from early childhood to the moment of death. But there's a twist. Rich illustrations and witty text work hand in hand to transform each scene into a "joking situation," which the artist hilariously examines according to the techniques wielded by Freud himself in his 1905 book on humour and the unconscious mind. The result is a fantastic Freudian festival of visual and verbal puns, unexpected insights, and sheer intellectual enjoyment. Sigmund Freud is superbly illustrated with more than 50 major drawings and 25 vignettes by a renowned master of the pen. It remains one of the most original illustrated books of our times and a Ralph Steadman classic. AUTHOR: Ralph Steadman has been a cartoonist since 1956, starting as a caustic observer of Britain's political and social scene. He is well known as the illustrator of Hunter S. Thompson's Fear and Loathing in Las Vegas. Steadman's work appears regularly in newspapers and magazines, including Rolling Stone and the Atlantic Monthly, and his many published books include Tales of the Weirrd and Alice in Wonderland.