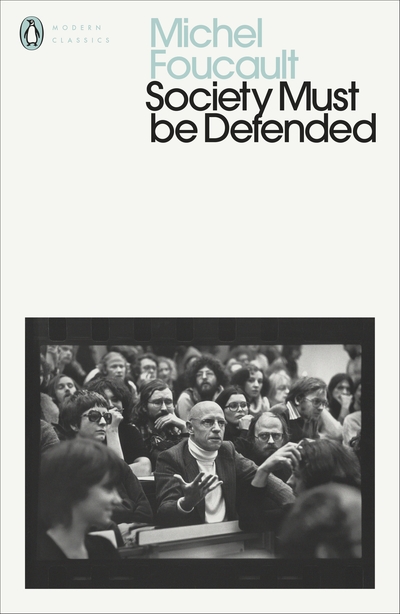 Society Must Be Defended

'Foucault must be reckoned with by humanists, social scientists, and political activists' The New York Times Book Review

Society Must Be Defended is Michel Foucault's devastating critique of the systems of power and control inherent in civilization. Taken from a series of lectures given by Foucault at the College de France in 1975-76, it reveals how war is the foundation of all power relations, and politics ultimately a continuation of battlefield violence. He offers a politically charged re-reading of history, with examples ranging from the Trojan myth to Nazi Germany, to show a continual, 'silent war' between the powerful and the powerless.

'A timely and prescient book, mainly because of what it says about the way in which war is necessary as a means of control' New Statesman