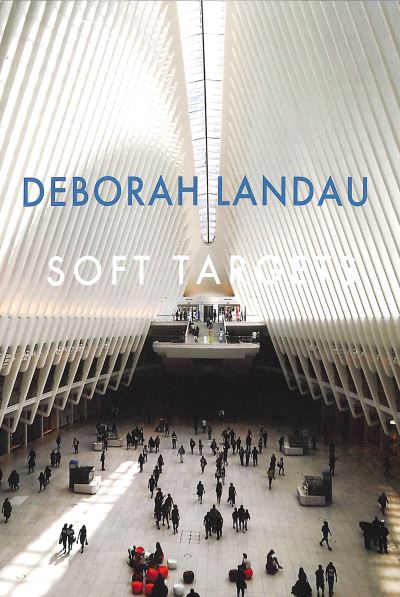 Deborah Landau's fourth book of poetry, Soft Targets, draws a bull's-eye on humanity's vulnerable flesh and corrupted world. In this ambitious lyric sequence, fear of annihilation expands beyond the self to an endangered planet on which all inhabitants are "soft targets". Her melancholic examinations recall life's uncanny ability to transform ordinary places - subways, cafes, street corners - into sites of intense significance that weigh heavily on the modern mind. 'O you who want to slaughter us, we'll be dead soon / enough what's the rush,' Landau writes, contemplating a world beset by political tumult, random violence, terror attacks and climate change. Still there are the ordinary and abundant pleasures of day-to-day living, though the tender exchanges of friendship and love play out against a backdrop of 21st-century threats with historical echoes, as neo-Nazis marching in the US recall her grandmother's flight from Nazi Germany. Deborah Landau is director of the Creative Writing Program at New York University. She has published three previous collections in the US, most recently The Uses of the Body (2015) and The Last Usable Hour (2011) with Copper Canyon Press. CNN commissioned an opinion piece from her, 'We are all soft targets', in the light of US inaction on gun control following the latest shootings in August 2019.