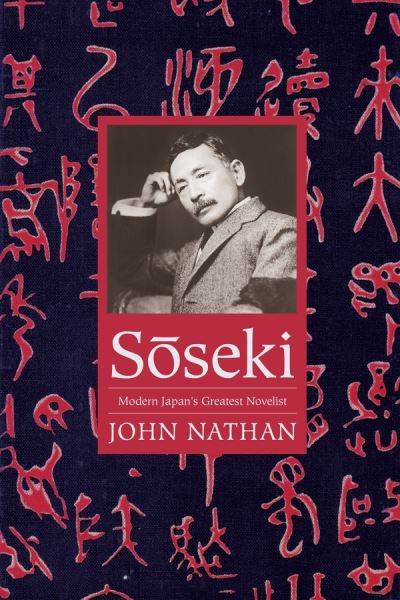 Natsume Soseki (1867-1916) was the father of the modern novel in Japan, chronicling the plight of bourgeois characters caught between familiar modes of living and the onslaught of Western values and conventions. Yet even though generations of Japanese high school students have been expected to memorize passages from his novels and he is routinely voted the most important Japanese writer in national polls, he remains less familiar to Western readers than authors such as Kawabata, Tanizaki, and Mishima.

In this biography, John Nathan provides a lucid and vivid account of a great writer laboring to create a remarkably original oeuvre in spite of the physical and mental illness that plagued him all his life. He traces Soseki's complex and contradictory character, offering rigorous close readings of Soseki's groundbreaking experiments with narrative strategies, irony, and multiple points of view as well as recounting excruciating hospital stays and recurrent attacks of paranoid delusion. Drawing on previously untranslated letters and diaries, published reminiscences, and passages from Soseki's fiction, Nathan renders intimate scenes of the writer's life and distills a portrait of a tormented yet unflaggingly original author. The first full-length study of Soseki in fifty years, Nathan's biography elevates Soseki to his rightful place as a great synthesizer of literary traditions and a brilliant chronicler of universal experience who, no less than his Western contemporaries, anticipated the modernism of the twentieth century.