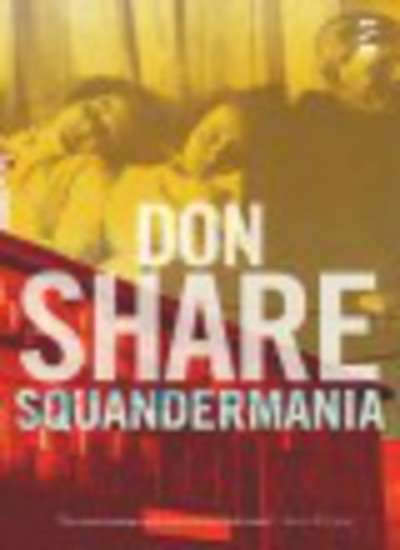 Don Share's latest collection, Squandermania, is a book of poems that are slightly death-haunted and studded with references to marriage and fatherhood, geology and biology. It also revives a luminous, if complex, domesticity - not something most men take as their subject. Its focus is the frenzied energy and unreal depression of living in a world at war with terror, and ultimately with itself. Here the paralysis of long-standing grief and fear combine with strange energy of trying to get by from day to day: "If these are the woods, / I'm not out of them yet." There are poems about the intimate household terrors of marital relations and questions raised by children about what happens in the world, and others woven from a tapestry of literary interactions with sources that range from Burton's Anatomy of Melancholy and Bacon's essay On Building to the "rotten kid theorem." Proverbs cease to reassure as the poet monitors news about global warning, war, and other self-inflicted disasters. What William James called the "trail of the human serpent" that runs over everything has at least (and perhaps finally) brought us to a world in which, as Share describes it, "anti-depressants make certain people violently depressed; / testing a safer system causes reactors to explode; / more freeways create more traffic; / the power grid dims, powerless; / [and] antibiotics make stronger germs." These poems of conscience and imagination record the struggle to continue living in a "glitterbound microcosm" amidst the impulses of maniacal squandering and ceaseless destruction.