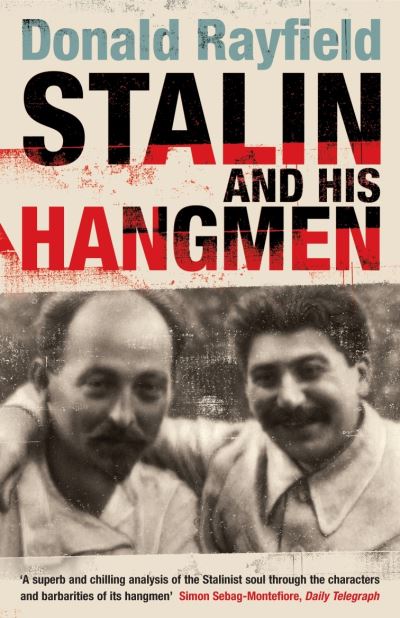 Stalin and His Hangmen

Stalin, like Hitler and other tyrants, won and held power because he had collaborators - hangmen. Drawing on newly released archival material, Donald Rayfield gives us a fuller and more colourful picture of Stalin's inner circle than ever before. Stalin was not the sole author of Stalinism. What motivated his chiefs of police, Feliks Dzierzynski, Viacheslav Manzhinsky, Genrikh Iagoda, Nikolai Ezhov and Lavrenti Beria? What did they want? What were their relations with the regime and its ruler? How did their upbringing and experience mould them? And how does the terror they create connect with the terror they felt? Stalin and His Hangmen reconstructs the psychological mechanism of a whole regime and what it held together. The extent of the misery caused by Stalin and his Hangmen can be compared in Europe only to that brought about by Hitler and his henchmen. But Stalin's heritage is, if possible, even worse than Hitler's. His rule enslaved three generations, not one, the horror of what he did has not yet been fully understood and his countrymen have not yet found the strenth to disavow him. All the more important, then, that this diabolical tale should be told.