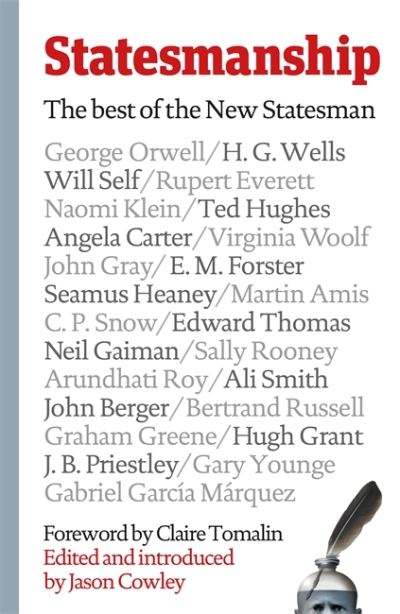 No British periodical or weekly magazine has a richer and more distinguished archive than the New Statesman, which has long been at the centre of British political and cultural life. If not quite at the centre, then at the most energetic, subversive end of the progressive centre-left. Kingsley Martin, editor of the New Statesman from 1930 to 1960, wrote that "life on the NS was always a battle. After all, I had been brought up as a dissenter and I tended to see all problems as moral issues."

The magazine has notably recognized and published new writers and critics, as well as encouraged major careers. Many of the most notable political and cultural writers of the recent past have written for the New Statesman. Many have been on its staff or were associates of it: HG Wells, George Bernard Shaw, JM Keynes, VS Pritchett, Paul Johnson, Claire Tomalin, Christopher Hitchens and John Gray. The most significant intellectual and cultural currents of the age ripple through its pages. There is, too, a rich history of poetry and fiction and illustration and cartoons to draw on, from Low's sketches of the great and the good to the gonzo art of Ralph Steadman and the bold cover illustrations and caricatures of Andre Carrilho.

The book is more than an anthology. It tells the story of the New Statesman, from the eve of the First World War to the long aftermath of 9/11 and the populist upheavals of today. It looks forward as well as back, offering a unique and unpredictable perspective on politics, literature and the world.