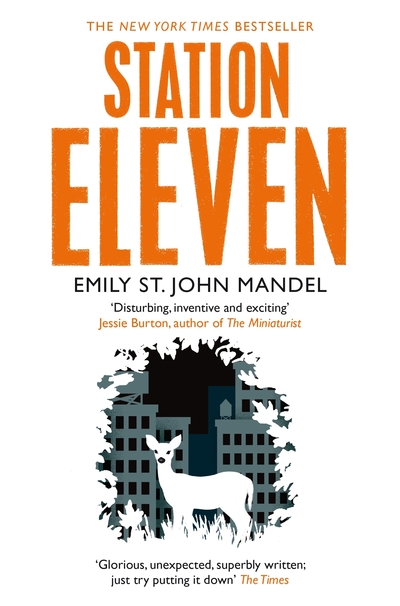 'Best novel. The big one . . . stands above all the others . . . beautifully written, and wonderfully elegiac, a book that I will long remember, and return to.' - George R.R. Martin, author of Game of Thrones.

Station Eleven by Emily St. John Mandel is a bold vision of a dystopian future, frighteningly real, perfect for fans of Margaret Atwood's The Handmaid's Tale.

What was lost in the collapse: almost everything, almost everyone, but there is still such beauty.

One snowy night in Toronto famous actor Arthur Leander dies on stage whilst performing the role of a lifetime. That same evening a deadly virus touches down in North America. The world will never be the same again.

Twenty years later Kirsten, an actress in the Travelling Symphony, performs Shakespeare in the settlements that have grown up since the collapse. But then her newly hopeful world is threatened.

If civilization was lost, what would you preserve? And how far would you go to protect it?