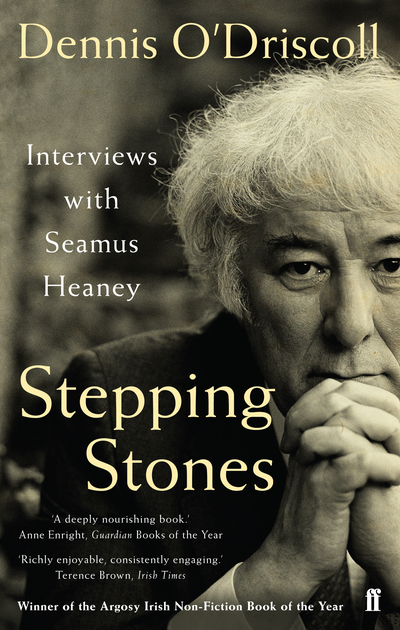 Widely regarded as the finest poet of his generation, Seamus Heaney is the subject of numerous critical studies; but no book-length portrait has appeared until now. Through his own lively and eloquent reminiscences, Stepping Stones retraces the poet's steps from his early works, through to his receipt of the 1995 Nobel Prize for Literature and his post-Nobel life. It is supplemented with a large number of photographs, many from the Heaney family album and published here for the first time. In response to firm but subtle questioning from Dennis O'Driscoll, Seamus Heaney sheds a personal light on his work (poems, essays, translations, plays) and on the artistic and ethical challenges he faced, providing an original, diverting and absorbing store of reflections, opinions and recollections.