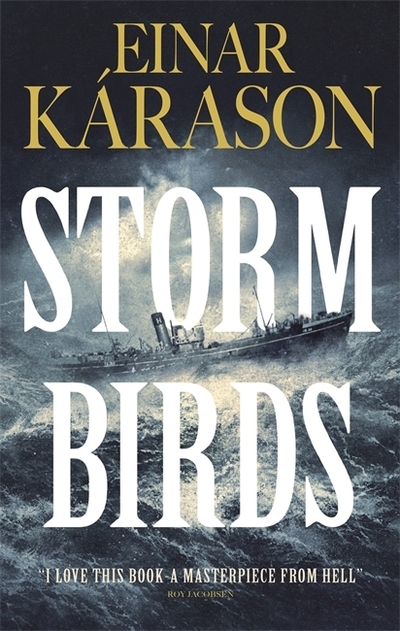 "This gripping novel is as good at describing the magnificent seascapes and the unforgiving elements as it is at examining the inner lives of the besieged crew, toiling ceaselessly against implacable nature" -Financial Times BOOKS OF THE YEAR

"Gripping and Exciting" The Sunday Times BOOKS OF THE YEAR

In February 1959, several Icelandic trawlers were caught in a storm off Newfoundland's Grand Banks. What happened there is the inspiration for this novel. Not since The Perfect Storm has there been a book which captures the sheer drama and terror of a crisis at sea. Karason is an exceptional storyteller, an Icelandic Erskine Caldwell or William Faulkner.

The side trawler Mafurinn is hit by a major storm just as they prepare to turn for home. Thirty-two men aboard, and a hold full of redfish. The sea is cold enough to kill a man in minutes, and the trawler quickly ices up in the biting frost and violent tempest.

The heavy icing weighs down the already fully laden craft, which is pummelled by one breaker after another - and here, out on the open sea, there is no exit route. Distress signals from other ships in the same circumstance and be heard from the fishing grounds around them. It is a battle of life and death.

Translated from the Icelandic by Quentin Bates