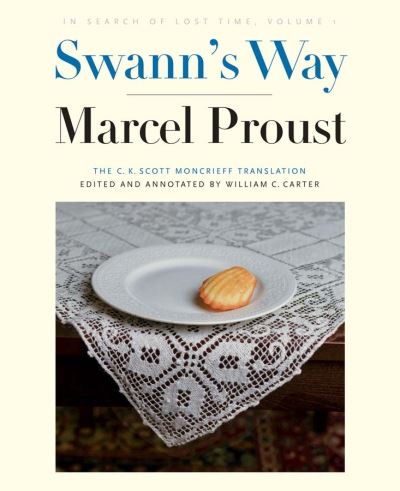 "Carter's revised edition . . . renews one's appreciation of Proust. . . . [His] slight but decisive emendations bring the reader closer than ever to the tenor of Proust's style and diction. . . . A magnificent and enduring achievement."-Choice

One hundred years have passed since Marcel Proust published the first volume of what was to become a seven-volume masterpiece, In Search of Lost Time. In the intervening century his famously compelling novel has never been out of print and has been translated into dozens of languages. English-language readers were fortunate to have an early and extraordinarily fine translation of the novel from Charles Kenneth Scott Moncrieff. With the passage of time, however, the need for corrections, revisions, and annotations to the Scott Montcrieff translation has become apparent.Esteemed Proust scholar William C. Carter celebrates the publication centennial of Swann's Way with a new, more accurate and illuminating edition of the first volume of In Search of Lost Time. Carter corrects previous translating missteps to bring readers closer to Proust's intentions while also providing enlightening notes to clarify biographical, historical, and social contexts. Presented in a reader-friendly format alongside the text, these annotations will enrich and deepen the experience of Proust's novel, immersing readers in the world of an unsurpassed literary genius.