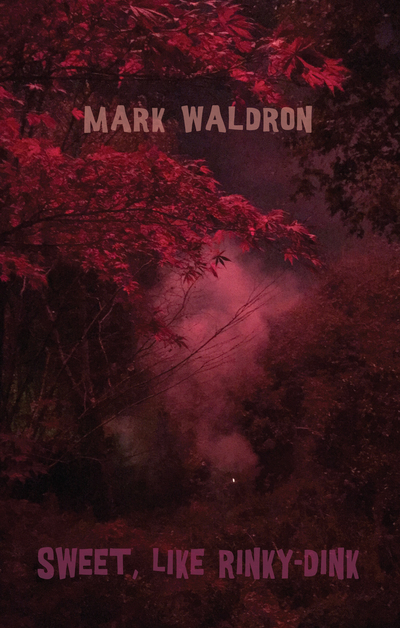 Sometimes metaphysical, sometimes apparently confessional, sometimes challenging, often hilarious, Mark Waldron's poems take you by the arm and usher you in to a dark/light, funny/sad, silly/serious world which is exactly what the actual world looks like if you creep up on it and take it by surprise. As human beings living in society we're supposed to keep what we really think hidden, but the poems of Sweet, like Rinky-Dink want to look at the absurdity behind our posturing, because in looking at it squarely in the face we might hope to have some freedom from it. Sweet, like Rinky-Dink is Mark Waldron's fourth collection, following Meanwhile, Trees (2016), published by Bloodaxe, The Brand New Dark (2008) and The Itchy Sea (2011), both from Salt.