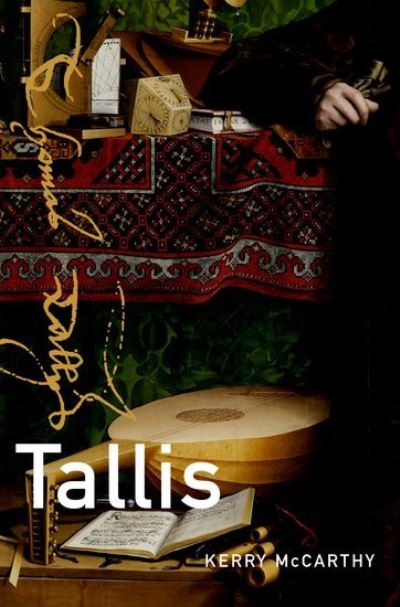 The composer Thomas Tallis (c. 1505 - November 1585) lived and worked through much of the turbulent Tudor period in England. Unlike many of his contemporaries, he did not just react to radical change: he thrived on it. He helped invent new musical styles to meet the demands of the English Reformation. He revived and reimagined older musical forms for a new era. Fewer than a hundred of his works have survived, but they are incredibly diverse, from miniature settings of psalms and hymns to a monumental forty-voice motet. In this new biography, author Kerry McCarthy traces Tallis's long career from his youthful appointment at Dover Priory to his years as a senior member of the Chapel Royal, revisiting the most important documents of his life and a wide variety of his musical works. The book also takes readers on a guided journey along the River Thames to the palaces, castles, and houses where Tallis made music for the four monarchs he served. It ends with reflections on Tallis's will, his epitaph (whose complete text McCarthy has recently rediscovered), and other postmortem remembrances that give us a glimpse of his significant place in the sixteenth-century musical world. Tallis will be treasured by performers, scholars, Tudor enthusiasts, and anyone interested in English Renaissance music.