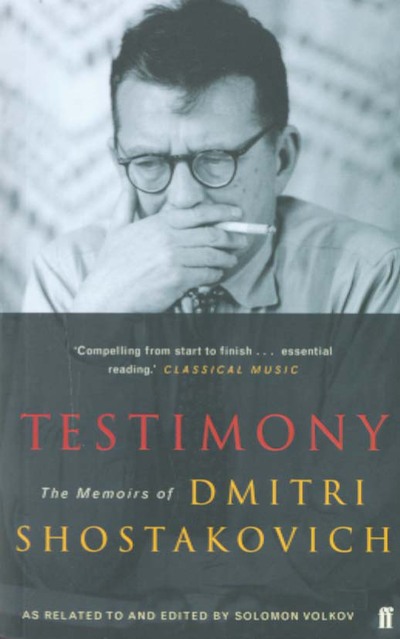 'A terrifying and unhappy book...' The Guardian This astounding self-portrait covering the whole of Shostakovich's life (1906-1975) was prepared in collaboration with the distinguished Soviet musicologist Solomon Volkov. With the composer's consent, the manuscript was smuggled out of Soviet Russia - but Shostakovich, fearing reprisals, stipulated that the book should not appear until after his death. Ever since its publication in 1979 it has been the subject of controversy, some suggesting that Volkov invented parts of it, but most affirming that it revealed a profoundly ambivalent Shostakovich which the world had never seen before - his life at once triumphant and tragic. Either way, it remains indispensible to an understanding of Shostakovich's life and work. Testimony is intense and fiercely ironic, both plain-spoken and outspoken.