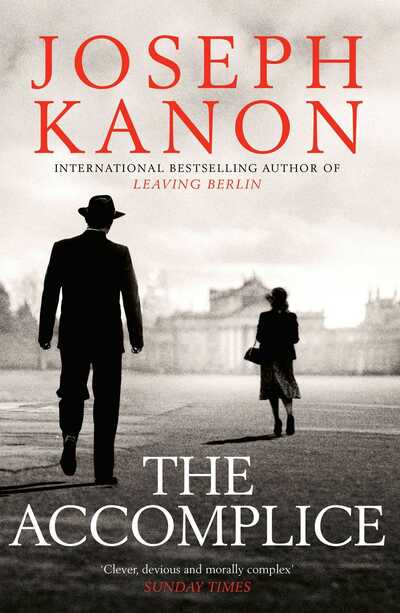 'Gripping and authentic . . . A thoroughly satisfying piece of entertainment that extends a tentacle into some serious moral reflection' NEW YORK TIMES

'Heartrending reading . . . Buenos Aires in the 1960s, home to remnants of the Third Reich in exile, is brought chillingly to life . . . An engrossing read' Adam LeBor, FINANCIAL TIMES

A heart-pounding and intelligent espionage novel about a Nazi war criminal who was supposed to be dead, the rogue CIA agent on his trail, and the beautiful woman connected to them both.

Seventeen years after the fall of the Third Reich, Max Weill has never forgotten the atrocities he saw as a prisoner at Auschwitz-nor the face of Dr Otto Schramm, a camp doctor who worked with Mengele on appalling experiments and who sent Max's family to the gas chambers. As the war came to a close, Schramm was one of the many high-ranking former-Nazi officers who managed to escape Germany for new lives in South America. There, leaders like Argentina's Juan Peron gave them safe harbour and new identities.

With his life nearing its end, Max asks his nephew Aaron Wiley-an American CIA desk analyst-to complete the task Max never could: to track down Otto in Argentina, capture him and bring him back to Germany to stand trial.

Unable to distinguish allies from enemies, Aaron will ultimately have to discover not only Otto, but the boundaries of his own personal morality, how far he is prepared to go to render justice.

Praise for The Accomplice

'Kanon ratchets up both the sense of mystery and element of excitement . . . Keeps his reader hooked and tearing through the pages . . . Herald

'The Accomplice is a top-notch historical thriller that combines style, excitement and intelligent story-telling to stunning effect' NB Magazine

'Kanon clearly occupies the territory once so clearly staked out by Graham Greene . . . packed with atmosphere and well-developed plot' New Statesman

'Sensational! No one writes period fiction with the same style and suspense - not to mention substance - as Joseph Kanon' Scott Turow

'Joseph Kanon continues to demonstrate that he is up there with the very best...of spy thriller writers...Kanon writes beautifully, superbly...he is the master of the shadows of the era' The Times

'The critical stock of Joseph Kanon is high, and Defectors will add further lustre to his reputation...There are pleasing echoes here of the "entertainments" of Graham Greene' Guardian