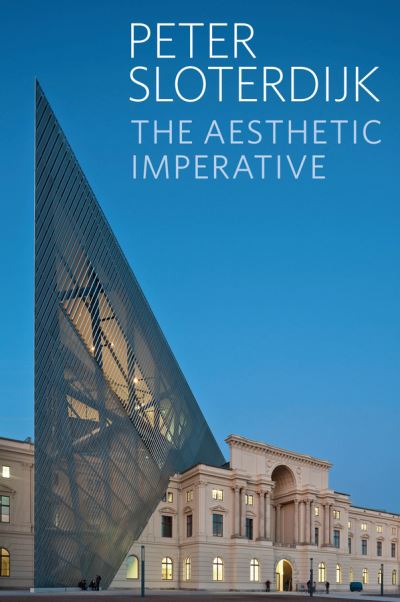 In this wide-ranging book, renowned philosopher and cultural theorist Peter Sloterdijk examines art in all its rich and varied forms: from music to architecture, light to movement, and design to typography. Moving between the visible and the invisible, the audible and the inaudible, his analyses span the centuries, from ancient civilizations to contemporary Hollywood. With great verve and insight he considers the key issues that have faced thinkers from Aristotle to Adorno, looking at art in its relation to ethics, epistemology, metaphysics, society, politics, anthropology and the subject. Sloterdijk explores a great variety of topics, including the Greek-Roman invention of postcards, medieval barter with purgatory and relics, the capitalist art market, the black boxes and white cubes of modernism, the rise of world's fairs in the 19th century, the growth of museum and memorial culture, images of the city and the role of creativity. In doing so, Sloterdijk extends his characteristic method of defamiliarisation to transform the way we look at works of art and movements. His bold and original approach leads us away from the well-trodden paths of conventional art history to develop a theory of aesthetics which rejects strict categorisation, emphasising instead the crucial importance of individual subjectivity as a counter to the latent dangers of collective culture. This sustained collection of reflections, at once playful, serious and provocative, goes to the very heart of Sloterdijk's enduring philosophical preoccupation with the aesthetic. It will be essential reading for students and scholars of philosophy and aesthetics and will appeal to anyone interested in culture and the arts more generally.