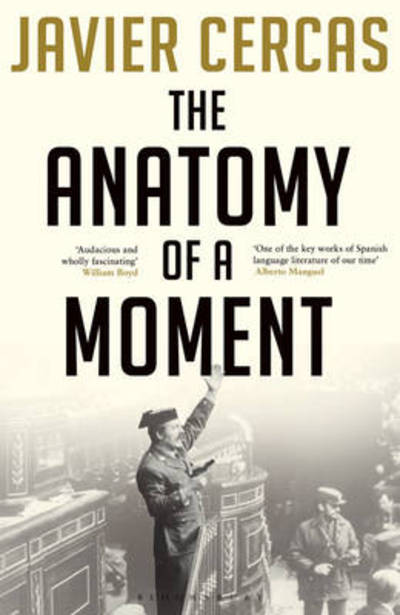 The Anatomy of a Moment

In February 1981, just as Spain was finally leaving Franco's dictatorship and during the first democratic vote in parliament for a new prime minister - Colonel Tejero and a band of right-wing soldiers burst into the Spanish parliament and began firing shots. Only three members of Congress defied the incursion and did not dive for cover,: Adolfo Suarez the then outgoing prime minister, who had steered the country away from the Franco era, Guttierez Mellado, a conservative general who had loyally served democracy, and Santiago Carillo, the head of the Communist Party, which had just been legalised. In The Anatomy of a Moment, Cercas examines a key moment in Spanish history, just as he did so successfully in his Spanish Civil War novel, Soldiers of Salamis. This is the only coup ever to have been caught on film as it was happening, which, as Cercas says, 'guaranteed both its reality and its unreality'. Every February a few seconds of the video are shown again and Spaniards congratulate themselves for standing up for democracy, but Cercas says that things were very quiet that afternoon and evening while all over Spain people stayed inside waiting for the coup to be defeated .... or to triumph.