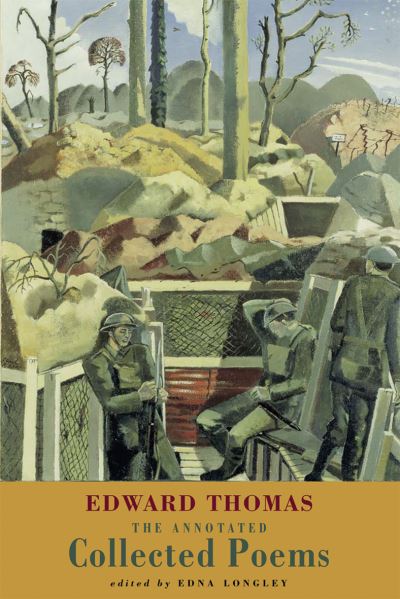 Edward Thomas wrote a lifetime's poetry in two years. Already a dedicated prose writer and influential critic, he became a poet only in December 1914, at the age of 36. In April 1917 he was killed at Arras. Often viewed as a 'war poet', he wrote nothing directly about the trenches; also seen as a 'nature poet', his symbolic reach and generic range expose the limits of that category too. A central figure in modern poetry, he is among the half-dozen poets who remade English poetry in the early 20th century. Edna Longley published an acclaimed edition of Edward Thomas' "Poems" and "Last Poems" in 1973. Her work advanced Thomas' reputation as a major modern poet. Now she has produced a revised version, which includes all his poems and draws on freshly available archive material. The extensive notes contain substantial quotations from Thomas' prose, letters and notebooks, as well as a new commentary on the poems. The prose hinterland behind Edward Thomas' poems helps us to understand their depth and complexity, together with their contexts in his troubled personal life, in wartime England, and in English poetry. Edna Longley also shows how Thomas' criticism feeds into his poetry, and how he prefigured critical approaches, such as 'ecocriticism', that are now applied to his poems. The text of this edition, which has a detailed textual apparatus, differs in small but significant ways from that of other extant collections of Thomas' poems. The Bloodaxe edition is larger (with more comprehensive notes) than Faber's "Collected Poems" by Edward Thomas as well as a pound cheaper. More importantly, for academic sales, the Bloodaxe text is more authoritative than Faber's (which uses R. George Thomas' 1978 text). Edna Longley has used manuscripts, proofs and newly available archive material to establish a text for Edward Thomas' complete poetry which will now be used by scholars and students in all future discussions of his work.