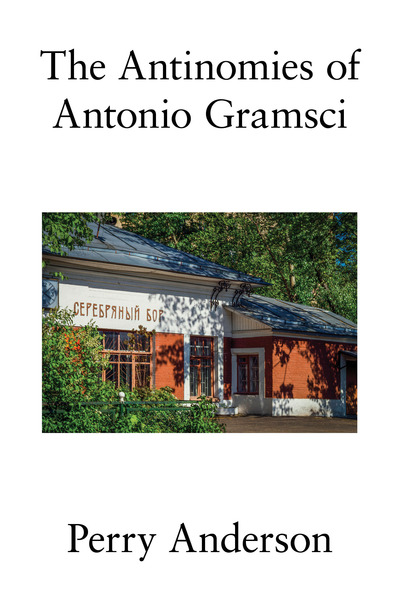 The Antinomies of Antonio Gramsci

An explosive analysis of the central strategic concepts in Gramsci's thought, as revelatory today as on first publication in New Left Review in 1976. This landmark essay has been the subject of keen debate across four decades for its disentangling of the hesitations and contradictions in Gramsci's highly original usage of such key dichotomies as East and West, domination and direction, hegemony and dictatorship, state and civil society, war of position and war of movement. In a critical tribute to the international richness of Gramsci's work, Anderson shows how deeply embedded these notions were in the revolutionary debates in Tsarist Russia and Wilhemine Germany, in which arguments criss-crossed between Plekhanov, Lenin, Kautsky, Luxemburg, Lukacs and Trotsky, with contemporary echoes in Brecht and Benjamin. A preface considers the objections this account of Gramsci provoked, as well as a memorable intervention by the late Eric Hobsbawm.