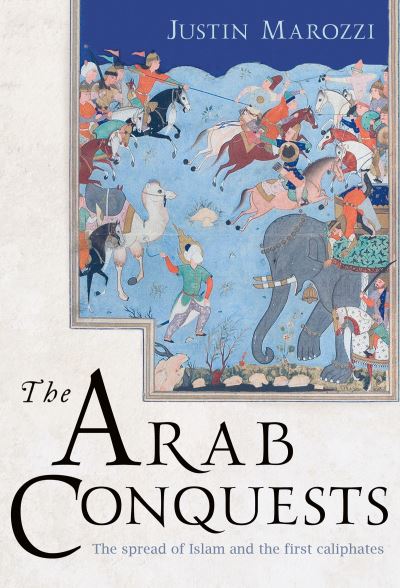 The story of the seventh- and eighth-century Muslim conquests, when armies inspired by the new religion of Islam burst out of Arabia to build the Islamic Empire.'This book delivers drama through sublime writing, but mainly through marvellous images ... As sharp as the Arabian desert in the midday sun' Gerard DeGroot, The Times'An excellent prelude to Marozzi's previous books' Spectator'Thoroughly good fun ... The narration moves swiftly but gracefully from episode to episode' Sunday TimesBy the time of his death in 632, the Prophet Mohammed had united the feuding tribes of Arabia at the point of his sword. In the decades that followed, armies inspired by the new religion of Islam burst out of Arabia to subjugate the Levant, southwest and Central Asia, North Africa and the Iberian Peninsula.The Arab Conquests lasted until 750, by which time several generations of marauding Muslim armies had carved out an Islamic empire, soon to be centred on Baghdad, which in size and population rivalled that of Rome at its zenith, extending from the shores of the Atlantic in the west to the borders of China in the east. In the process they had completely crushed one great empire (the old empire of Byzantium), and hollowed out another (that of the Iranian Sasanids).These conquests of the seventh and eighth centuries represent one of the greatest feats of arms in history. Justin Marozzi charts their lightning progress across the Middle East and vast tracts of Asia and explains how an unknown and radically militant faith swept out of the Arabian desert to change the world for ever.