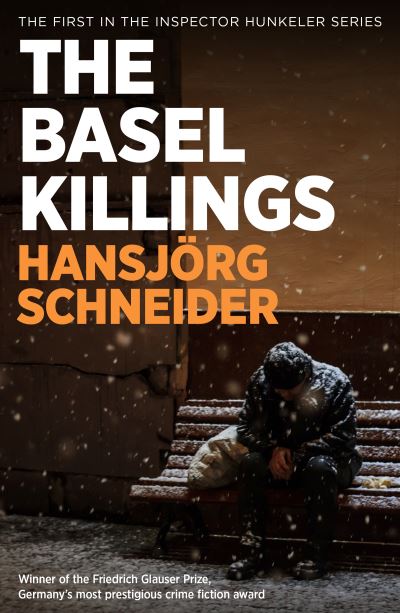 It is the end of October, the city of Basel is grey and wet. It could be December. It is just after midnight when Police Inspector Peter Hunkeler, on his way home and slightly worse for wear, spots old man Hardy sitting on a bench under a street light. He wants to smoke a cigarette with him, but the usually very loquacious Hardy is silent-his throat a gaping wound. Turns out he was first strangled and his left earlobe slit, the diamond stud he usually wore there missing. The media and the police come quickly to the same conclusion: Hardy's murder was the work of a gang of Albanian drug smugglers. But for Hunkeler that seems too obvious a resolution. After all, Barabara Amsler, a prostitute, was also recently found strangled, her ear slit. He follows his own intuition and methods which lead him deep into a seedy world of bars and night clubs. More ominously, he soon must face the consequences of certain events in recent Swiss history that those in power would prefer to keep far from the public eye.