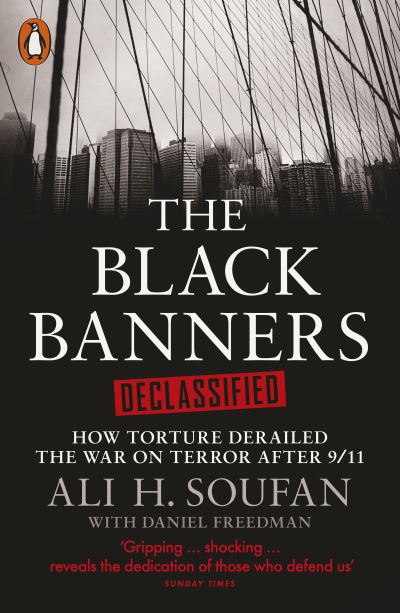 A new, fully uncensored edition of the definitive insider's account of the War on Terror

The ultimate insider's account of the battle against terrorism, Ali Soufan's revelatory account of his history-making decade as the FBI's lead investigator into al-Qaeda shaped our understanding of counter-terror operations - and led to hard questions being asked of American and British leaders.

When The Black Banners was first published in 2011, significant portions of the text were redacted. After a CIA review those restrictions have been lifted, and the result is this explosive new edition, The Black Banners (Declassified). Alongside a new foreword by Soufan, the declassified documents uncover shocking details on the use of torture on terror suspects, how these 'enhanced interrogation techniques' failed to secure reliable intelligence, and in fact actively derailed the fight against al-Qaeda. By contrast we see Soufan at work using empathy and intelligent questioning - not force or violence - to extract some of the most important confessions in the war.

Taking us from the interrogation rooms where Soufan would share food and films with the suspects so he could bond with them, to the hideouts of bin Laden, Ali Soufan reveals with intimate, first-hand knowledge the unbelievable truth about America's security agencies, 9/11, and the global 'War on Terror'.