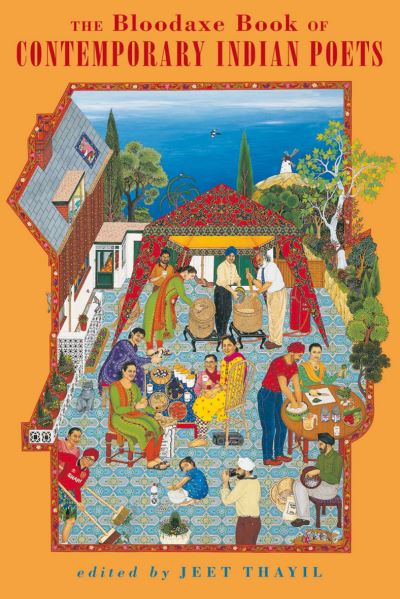 Jeet Thayil's definitive selection covers 55 years of Indian poetry in English. It is the first anthology to represent not just the major poets of the past half-century - the canonical writers who have dominated Indian poetry and publishing since the 1950s - but also the different kinds of poetry written by an extraordinary range of younger poets who live in many countries as well as in India. It is a groundbreaking global anthology of 70 poets writing in a common language responding to shared traditions, different cultures and contrasting lives in the changing modern world.Thayil's starting-point is Nissim Ezekiel, the first important modern Indian poet after Tagore, who published his first collection in London in 1952. Aiming for "verticality" rather than chronology, Thayil's anthology charts a poetry of astonishing volume and quality. It pays homage to major influences, including Ezekiel, Dom Moraes and Arun Kolatkar, who died within months of each other in 2004. It rediscovers forgotten figures such as Lawrence Bantleman and Gopal Honnalgere, and it serves as an introduction to the poets of the future.The book also shows that many Indian poets were mining the rich vein of 'chutnified' (Salman Rushdie's word) Indian English long before novelists like Rushdie and Upamanyu Chatterjee started using it in their fiction. It explains why Pankaj Mishra and Amit Chaudhuri have said that Indian poetry in English has a longer, more distinguished tradition than Indian fiction in English. The Indian poet now lives and works in New York, New Delhi, London, Itanagar, Bangalore, Berkeley, Goa, Sheffield, Lonavala, Montana, Aarhus, Allahabad, Hongkong, Montreal, Melbourne, Calcutta, Connecticut, Cuttack and various other global corridors. While some may have little in common in terms of culture (a number of the poets have never lived in India), this anthology shows how they are all bound by the intimate histories of a shared English language.