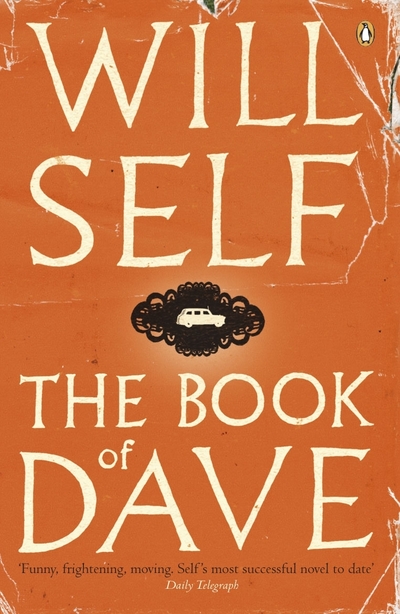 The Book of Dave

What if a demented London cabbie called Dave Rudman wrote a book to his estranged son to give him some fatherly advice? What if that book was buried in Hampstead and hundreds of years later, when rising sea levels have put London underwater, spawned a religion? What if one man decided to question life according to Dave? And what if Dave had indeed made a mistake?

Shuttling between the recent past and a far-off future where England is terribly altered, The Book of Dave is a strange and troubling mirror held up to our times: disturbing, satirizing and vilifying who and what we think we are. At once a meditation upon the nature of received religion, a love story, a caustic satire of contemporary urban life and a historical detective story set in the far future - this compulsive novel will be enjoyed by readers everywhere, including fans of Martin Amis and Anthony Burgess's A Clockwork Orange.

'Vivid, visceral and breathtakingly ambitious, this is Self's best yet' GQ

Will Self is the author of nine novels including Cock and Bull; My Idea of Fun; Great Apes; How the Dead Live; Dorian, an Imitation; The Book of Dave; The Butt; Walking to Hollywood and Umbrella, which was shortlisted for the Man Booker Prize. He has written five collections of shorter fiction and three novellas: The Quantity Theory of Insanity; Grey Area; License to Hug; The Sweet Smell of Psychosis; Design Faults in the Volvo 760 Turbo; Tough, Tough Toys for Tough, Tough Boys; Dr. Mukti and Other Tales of Woe and Liver: A Fictional Organ with a Surface Anatomy of Four Lobes. Self has also compiled a number of nonfiction works, including The Undivided Self: Selected Stories; Junk Mail; Perfidious Man; Sore Sites; Feeding Frenzy; Psychogeography; Psycho Too and The Unbearable Lightness of Being a Prawn Cracker.