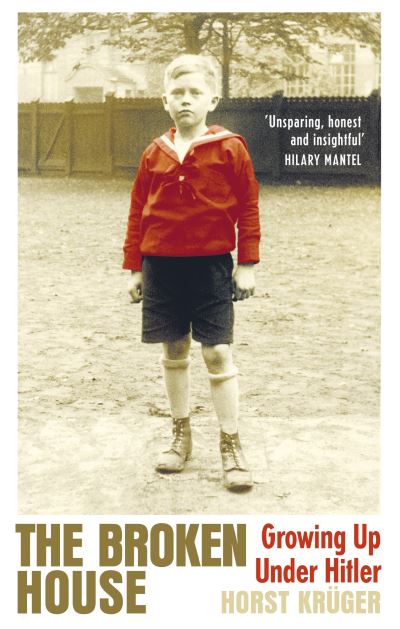 'Exquisitely written... haunting... Few books, I think, capture so well the sense of a life broken for ever by trauma and guilt' - Sunday Times

The rediscovery of a forgotten masterpiece, The Broken House is a coming-of-age story that provides an unforgettable portrait of life under the Nazis.

In 1965, journalist Horst Kruger attended the Auschwitz trial in Frankfurt, where 22 former camp guards were put on trial for the systematic murder of over 1 million men, women and children.

The trial sent Kruger back to his childhood in the 1930s, in an attempt to understand 'how it really was, that incomprehensible time'. He had grown up in a Berlin suburb, among a community of decent, lower-middle-class homeowners. Here, people lived ordinary, non-political lives, believed in God and obeyed the law, but were gradually seduced and intoxicated by the promises of Nazism. He had been, Kruger realised, 'the typical child of innocuous Germans who were never Nazis, and without whom the Nazis would never have been able to do their work'.

This world of respectability, order and duty began to crumble when tragedy struck. Step by step, a family that had fallen under the spell of Nazism was destroyed by it.

Originally published in Germany in 1966 but out of print for decades, this moving and tragic portrait of family life under the Nazis is now available for the first time to UK readers. Yet the book's themes also chime with our own times - how the promise of an 'era of greatness' by a populist leader intoxicates an entire nation, how thin is the veneer of civilisation, and what makes one person a collaborator and another a resister.

'The book that broke the silence... the writing glowers from the page - sorrowful, disbelieving, chastened and yet not without hope' - Observer