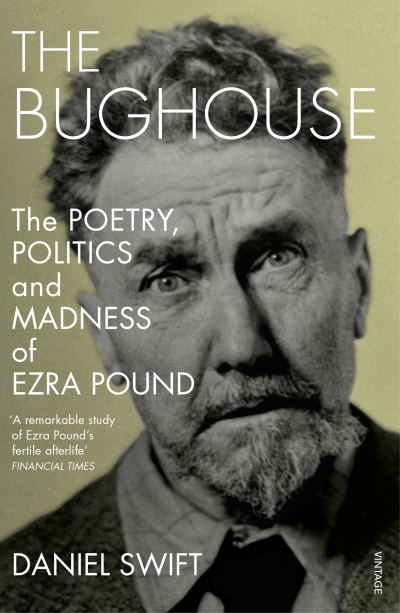 In 1945, Ezra Pound was due to stand trial for treason for his broadcasts in Fascist Italy during the Second World War. But before the trial could take place Pound was pronounced insane. Escaping a potential death sentence he was shipped off to St Elizabeths Hospital near Washington, DC, where he was held for over a decade.

At the hospital, Pound was at his most contradictory and most controversial: a genius writer - 'The most important living poet in the English language' according to T. S. Eliot - but also a traitor and now, seemingly, a madman. But he remained a magnetic figure. Eliot, Elizabeth Bishop, Robert Lowell and John Berryman all went to visit him at what was perhaps the world's most unorthodox literary salon: convened by a fascist and held in a lunatic asylum.

Told through the eyes of his illustrious visitors, The Bughouse captures the essence of Pound - the artistic flair, the profound human flaws - whilst telling the grand story of politics and art in the twentieth century.