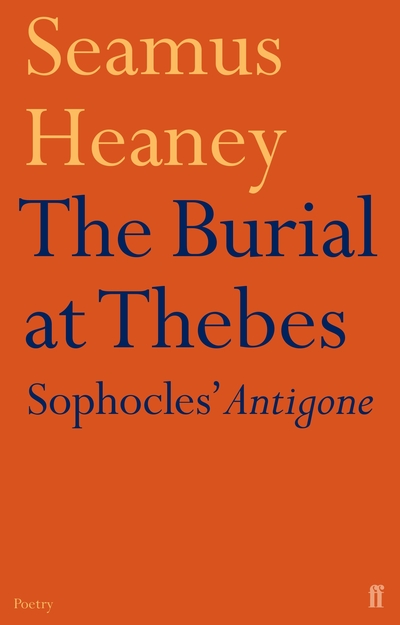 The Burial at Thebes

Commissioned to mark the centenary of the Abbey Theatre in Dublin in 2004, The Burial at Thebes is Seamus Heaney's new verse translation of Sophocles' great tragedy, Antigone - whose eponymous heroine is one of the most sharply individualized and compelling figures in Western drama. Faithful to the play's time and place, The Burial at Thebes represents opposing voices as they enact the ancient conflict between family and state in a time of crisis, pitching the morality of private allegiance against that of public service. Above all, The Burial at Thebes honours the sovereign urgency and grandeur of the Antigone, in which language speaks truth to power, then and now.