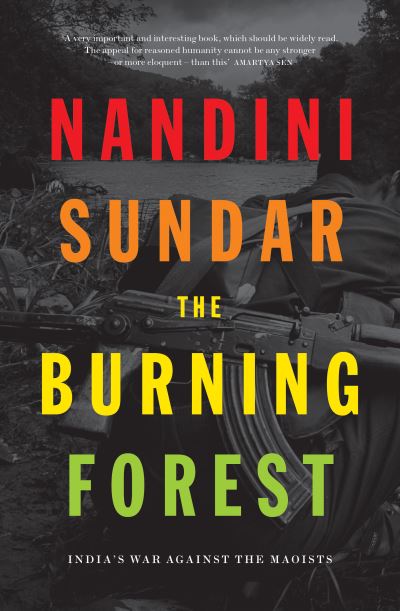 The Burning Forest is an empathetic, moving account of what drives indigenous peasants to support armed struggle despite severe state repression, including lives lost, homes and communities destroyed.Over the past decade, the heavily forested,mineral-rich region of Bastar in central India has emerged as one of the most militarized sites in the country. The government calls the Maoist insurgency the biggest security threat to India. In 2005, a state-sponsored vigilante movement, the Salwa Judum, burnt hundreds of villages, driving their inhabitants into state-controlled camps, drawing on counterinsurgency techniques developed in Malaysia, Vietnam and elsewhere. Apart from rapes and killings, hundreds of 'surrendered' Maoist sympathisers were conscripted as auxiliaries. The conflict continues to this day, taking a toll on the lives of civilians, security forces and Maoist cadres. In 2007, Sundar and others took the Indian government to the Supreme Court over the human rights violations arising out ofthe conflict. In a landmark judgment, the Court in 2011 banned state supportfor vigilantism. The Burning Forest describes this brutal war in the heart of India, and what it tells us about the courts, media and politics of the country. The result is a granular and critical ethnography of Indian democracy over a decade.