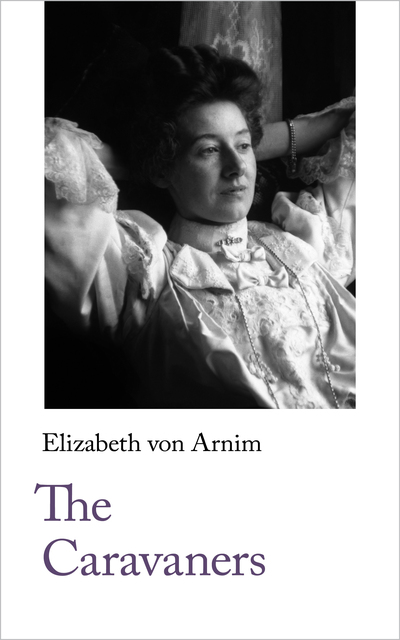 Elizabeth von Arnim's eighth novel is a sharp contrast to the sunny optimism of her first best-seller Elizabeth and her German Garden (1898) and her later hit The Enchanted April (1922, adapted several times for screen and stage, including the 1991 film). The Caravaners (1909) is a devastating comedy about an Edwardian caravan holiday in Kent, narrated by the pompous and self-important Baron, a Prussian Major in the German army. His narrative of pained bewilderment at the bizarre behaviour of the English people with whom he has chosen to spend a month in a convoy of horse-drawn holiday caravans (they unaccountably cut the holiday short after only a week) is side-splittingly funny. We sympathise deeply with the lady whom he pursues in a platonic and very one-sided holiday affair, and even more with Baroness Edelgard, the Baron's long-suffering and much younger second wife, who discovers her own holiday freedoms, and becomes newly emancipated in her marriage, to the Baron's horror. `Elizabeth von Arnim' was the pen-name of Mary Annette Beauchamp (1866-1941), an Australian-born British novelist and a cousin of Katherine Mansfield. Her much-loved Prussian husband, Count Henning von Arnim, died a year after she published The Caravaners. The novel reflects her frustration with and exasperated affection for German aristocratic society, and reveals the lost world of European social networks and crusted assumptions that disappeared forever with the First World War, only a few years after The Caravaners' publication. It is also one of the funniest feminist novels ever written.