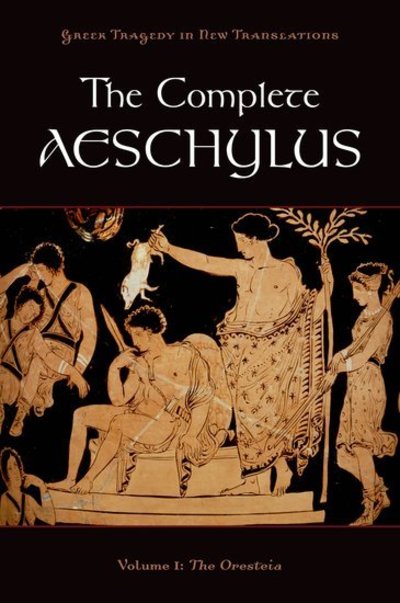 Based on the conviction that only translators who write poetry themselves can properly re-create the celebrated and timeless tragedies of Aeschylus, Sophocles, and Euripides, the Greek Tragedy in New Translations series offers new translations that go beyond the literal meaning of the Greek in order to evoke the poetry of the originals. Aeschylus' Oresteia, the only ancient tragic trilogy to survive, is one of the great foundational texts of Western culture. It begins with Agamemnon, which describes Agamemnon's return from the Trojan War and his murder at the hands of his wife Clytemnestra, continues with her murder by their son Orestes in Libation Bearers, and concludes with Orestes' acquittal at a court founded by Athena in Eumenides. The trilogy thus traces the evolution of justice in human society from blood vengeance to the rule of law, Aeschylus' contribution to a Greek legend steeped in murder, adultery, human sacrifice, cannibalism, and endless intrigue. This new translation is faithful to the strangeness of the original Greek and to its enduring human truth, expressed in language remarkable for poetic intensity, rich metaphorical texture, and a verbal density that modulates at times into powerful simplicity. The translation's precise but complicated rhythms honor the music of the Greek, bringing into unforgettable English the Aeschylean vision of a world fraught with spiritual and political tensions.